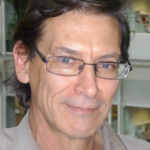 Dr Rob Manning has been a bee researcher for 28 years, formerly employed by the Department of Agriculture and Food. Prior to that he was involved in fisheries field studies of the Swan River and Peel Harvey Estuaries based at Murdoch University, particularly researching the prawn fisheries.

At the Department of Agriculture and Food, he was first employed to work out the net genetic gain of the Rottnest Bee Breeding Program which had been going for 8 years. It still remains the longest continuous bee breeding program in the world being kept alive by a dedicated group of beekeepers. From there, studies were initiated to change the method of removing honey from beehives from a chemical repulsion one to a self draining method, studies were also initiated to survey bee diseases, honey production from Crown Lands, develop new bee pollination methods for high density orchards, bee pollination studies of canola at Coorow and Wongan Hills, studies of bee nutrition, pollen surveys which included the first ever studies of fatty acids in pollen of plants across Australia, and antimicrobial studies of honeys in Western Australia. The honey study has led to a significant cash injection to an industry that was operating at near or below the cost of production for many years. The export of packaged bees to Canada following lengthy research also injected considerable funds to some beekeepers. There are a few more.

This in turn has kept a number of beekeepers still operating and providing the essential services to the horticulture sector, significantly for the stonefruit and avocado industries where much of their produce is export overseas or interstate.

A number of his studies have been replicated and carried out in other states, such as the resource surveys which enable governments to know the areas that are critical to the beekeeping industry.

He has published many research papers, and received numerous awards, the latest was conferred last week from the Australian beekeeping industry, the prestigious Goodacre Memorial Award for 2016.